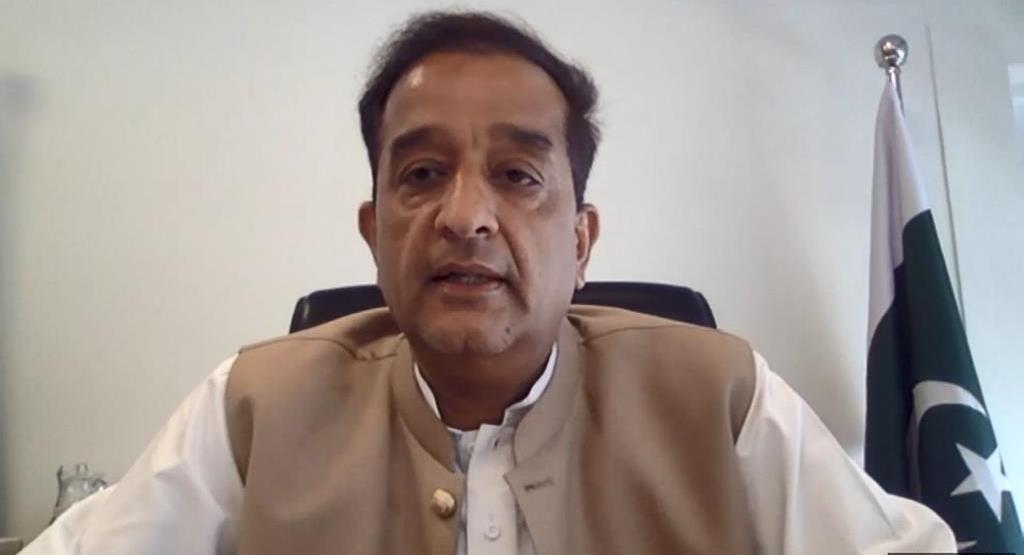 As the global host of the World Environment Day 2021, Pakistan has made headlines across the world, gaining immense popularity and appreciation. As part of a series of events leading to the WED on June 5, IUCN organized a webinar in partnership with the Ministry of Climate Change, Government of Pakistan, to commemorate World Environment Day 2021 which became possible with the support of the United Nations Environment Programme (UNEP). The theme of the day this year was: “Ecosystem Restoration.” The webinar was attended by government officials, experts, academicians, NGOs, CSOs and the Youth Groups. 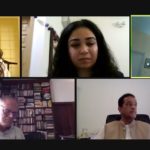 Other partners included the Institute of Rural Management (IRM), Strengthening Participatory Organization (SPO), Human Resource Development Network and OXFAM in Pakistan.
The webinar was attended by senior officials of the UN, the Ministry of Climate Change, IUCN, environment and climate change experts, academicians, media and the private sector. 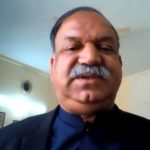 He congratulated Mr. Amin Aslam for taking this initiative to make Pakistan host for this global event. He also appreciated curtain raising ceremony by the Prime Minister of Pakistan at Makhniyal Forest, Hari Pur that highlighted the Ten Billion Tree Tsunami Programme, launch of the UNEP’s Natural Capital Report and also the monitoring report of the third party consortium. 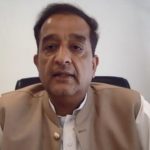 The Special Assistant to Prime Minister on Climate Change, Mr. Malik Amin Aslam during his keynote said that it was an honor for Pakistan to host the World Environment Day (WED) this year. This WED will trigger the UN Decade on Ecosystem Restoration, saying this decade will decide which direction the next century is going to take. Countries have decided to put their trust in nature to get things back in the right direction as far as nature conservation is concerned.

Pakistan is steering in this direction with many environment led initiatives. Makhnyal Forest, is deemed to be a significant forest as the Billion Tree Tsunami was initiated from there by planting the first sapling of this mega project. The first plant of the Ten Billion Tree Tsunami Project was also planted here. Yesterday we had a pleasure of planting the Billionth tree which was done by the Prime Minister of Pakistan.

Two key reports were presented there; the report of the Ten Billion tree project’s first pilot audit done through a consortium of three independent auditors which includes FAO, WWF Pakistan and IUCN Pakistan. UNEP was asked to do the internal wealth study for Pakistan and the report published by them highlighted a greater than 80% survival rate of the plantation done under the Ten Billion Tree Tsunami Project. This report looks at the trend of the natural capital over the period of last 20 years in Pakistan. A negative trend in natural capital during 1990-2018 was reported which has been reversed since 2018. This reversal is largely attributed towards the KP’s Billion Tree Tsunami Project and the mangrove plantation at Sindh and Balochistan provinces. The future trend for Pakistan is also positive as we are investing in ecosystem restoration through the Ecosystem Restoration Fund (ERF) which was launched last year. Now it will be used to create 100,000 nature jobs.

Government of Pakistan has written to Bonn Challenge to take a voluntary pledge of one million hectares of forest restoration by 2023. We hope to kick-start the World Environment Day at the global level in a virtual event on the evening of 4th June, 2021. Prime Minister of Pakistan will chair that event. UN Secretary General and other key global dignitaries will also become part of this event.

Mr. Javed Jabbar, Chairperson Strengthening Participatory Organization (SPO)  apprised that being a global host for the said event will bring Pakistan to the international forefront. The concepts that are being developed have energized us. It is a good reflection of Pakistan of its capacity to be at the forefront The current government has demonstrated the deep enduring commitment and this is un-precedented. An extraordinary effort at the macro level is required for ecosystem restoration but the macro level can only be facilitated if we start at the grassroots. We should conjoin the environmental cause with the population growth which has a direct bearing on ecosystem.

Syed Shahnawaz Ali, Country Director OXFAM in Pakistan appreciated the efforts of the Ministry of Climate Change, Sindh Forest Department, IUCN Pakistan and associated departments for increasing the mangrove cover on Pakistan’s coastal areas which provide the income source for local communities and also contains opportunities for eco-tourism. OXFAM initiated a campaign called “Climate Sheroes” the campaign works very closely with fisheries, forest and agriculture departments of provincial government. Under this campaign and other initiatives OXFAM aims to increase the mangrove forest through its protection and further plantation.

Prof. Robeela Bangash, Executive Director, Human Resource Development Network highlighted the role of youth in ecosystem restoration in Pakistan and shared the contribution of HRDN for community awareness about the environmental initiatives.

Ms. Samia Imran from Institute of Rural Management (IRM) highlighted the contribution of IRM under its community Training programme, which mobilized rural communities to grow Fruit and other types of trees of about PKR. 4.2 million, with a survival rate of 85%. The success of this project was based on awareness of community through social mobilization to improve the environment of the locality.  IRM has trained 10,600 rural men and women for construction and maintenance of small infrastructure schemes. IRM mobilized communities to preserve rainwater with the construction of these infrastructures.

Ms. Maryam Saigol and Fatima Yamin from Strengthening Participatory Organization (SPO) presented the concept of short video competition for youth which was launched during this webinar. The deadline for receiving video entries is 15th June, 2021 and the results will be announced on 21st June, 2021.

Before the question and answer session, a short video clip developed by UNEP was played for youth to develop better understanding of Ecosystem Based Adaptation.

The question and answer session remained interactive as it had questions from the Civil society organizations and youth which were comprehensively responded by the panelists and the senior government representatives.