IUCN today unveiled a Global Standard providing the first-ever set of benchmarks for nature-based solutions to global challenges. The new IUCN Global Standard will help governments, business and civil society ensure the effectiveness of nature-based solutions and maximise their potential to help address climate change, biodiversity loss and other societal challenges on a global scale. END_OF_DOCUMENT_TOKEN_TO_BE_REPLACED

It was saddening to learn of the sad demise of Sardar Naseer Tareen, an ardent conservationist. He started his career as a wildlife filmmaker after his training in the United States. During a series of films on the biodiversity of Balochistan he discovered a rapid disappearance of several species. In the year 1984 with the support of US Fish and Wildlife Department, he set up the first community-run Sustainable Use Conservation Project in Pakistan called the Torghar Conservation Programme (TCP). END_OF_DOCUMENT_TOKEN_TO_BE_REPLACED 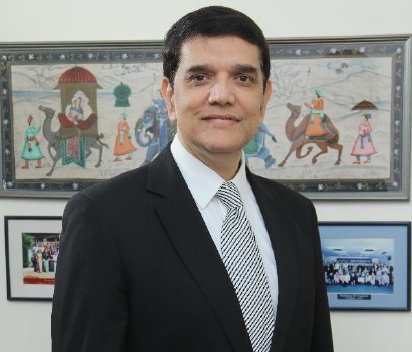 A meeting of the Executive Committee of the IUCN Member Organizations in Pakistan was held on June 22, 2020. The meeting was Chaired by Mr. Roomi S. Hayat, Chairperson, IUCN Pakistan National Committee of the IUCN Members. Mr. Malik Amin Aslam, IUCN Vice President & Regional Councillor, Asia; and Adviser to the Prime Minister of Climate Change also attend this meeting. END_OF_DOCUMENT_TOKEN_TO_BE_REPLACED