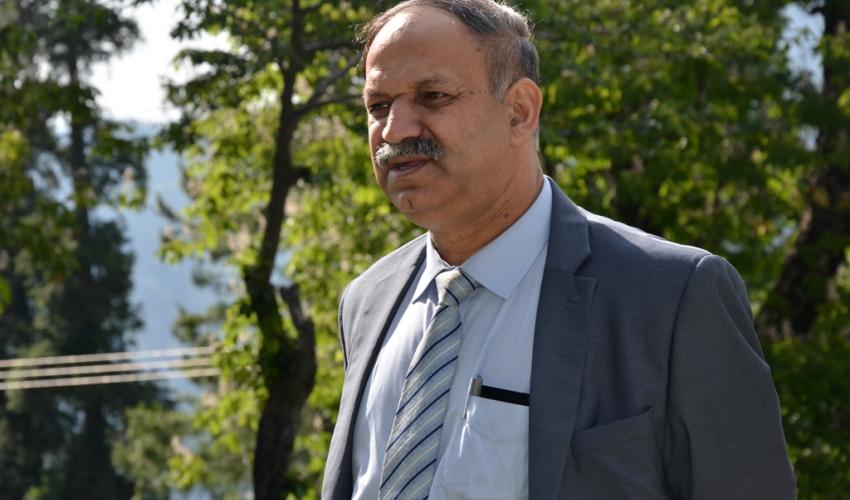 All around the world today, people are celebrating the World Environment Day. The theme for the year 2020 is: “Time for Nature”. Keeping in view the ongoing COVID-19 crisis it is a high time to think of nature. It is a known reality that zoonotic diseases like SARS, H1N1 Flu and Corona virus originate from the wildlife. Due to corona crisis almost the entire world has come to standstill. The closures have ensued an economic chaos the root cause of which can be traced to the wildlife.

This is the best time to let the people know that protecting the wildlife and retaining it in its own habitats is the only way to ensure healthy way of life and economic and environmental sustainability in the world.

IUCN Pakistan and WWF-Pakistan are in the process of implementing a GEF funded project for combating Illegal Wildlife Trade in Pakistan. The proposed project aims to prevent the extinction of known threatened species by addressing the ‘demand side in Asian Countries as well as greatly enhancing the regional coordination efforts required to bring all the relevant stakeholders to the table for the best overall impact’. It will also aim to increase cooperation within and between law enforcement agencies and relevant international organizations and to mobilize political support for environmental law enforcement. The efforts will also be made to reduce consumer demand for illegally traded wildlife by raising awareness of the scale and impacts of illegal wildlife trade on biodiversity and the environment, livelihoods, and human health, its links to organized crime, and the availability of sustainable alternatives.

The activities will also include sustainable fishing practices as unsustainable practices have not only put apex predators such as sharks at risk, but also disrupted the entire aquatic ecosystem as a whole which would have long lasting consequences. Besides, improving the management of habitats, especially when it comes to endangered species such as Snow Leopards and Pangolins, takes on paramount importance as it is only through providing these species with their natural habitats that we can begin to strive for their protection.

IUCN Pakistan had also been instrumental in getting notified a number of protected areas across Pakistan including the Astola declaration as the Pakistan’s first Marine Protected Area. IUCN Pakistan facilitated the process of bringing together all the stakeholders that included: the federal Ministry of Climate Change; Government of Balochistan; Pakistan Navy; National Institute of Oceanography; WWF-Pakistan; Indus Earth Trust; and Sindh Forest and Wildlife Department. IUCN Pakistan is also promoting the blue economy in the country. It is a major step towards protection of nature and unique natural resources.

The world environment faces a range of challenges that include: water pollution, plastic pollution and air pollution as the major issues. The water bodies are being polluted due to increased human activities; and wastewater and its effluents are released into water sources.

Most of the plastics eventually make their way into rivers, water channels and finally, into the oceans. Media reports about tons of plastic polluting our seas and oceans are frequent. This pollution has a severe impact on marine life; it is unfortunate that due to our irresponsible attitude, we are polluting the very food source, which we and our future generations depend on.

Atmospheric pollution is another pressing issue which human beings are contributing towards. In some cities of the world the ambient air quality is far lower than the permissible limits, and invariably results in a rise in respiratory diseases and increased expenditure on health care.

Since the commencement of its operations in Pakistan, IUCN has been a lead organization towards conservation and protection of environment in the country. It has helped the federal, provincial and district governments in formulating the policies, strategies and plans related to the conservation. It has been facilitating the federal and provincial governments in meeting the national as well as international commitments like the Achi biodiversity targets, SDGs, Rio Markers, Paris Accord, Clean and Green Pakistan, Recharge Pakistan etc.

There is a need for better and strategic planning in the light of the COVID-19 crisis for the protection of the environment. This planning should also ensure that post COVID recovery phase does not include any measures that are at the cost of green recovery and air quality.

It is a general perception that conserving and protecting the environment is the responsibility of governments, whereas it is the responsibility of each and every individual in the society. Being on the development path, we sometimes forget that to live on this earth, humans also need a fresh and healthy environment to have a quality life for which austerity is the best solution.

Year 2020 has been declared as the International Year for Plant Health. Due to Climate Change and human activities the plant health is increasingly under threat. Accordingly to FAO around 40% of food crops are lost due to plant pests and diseases annually. This causes a waste of natural resources and an economic loss to the rural poor communities. Currently major crisis of locust attack has hit the agriculture crops in Pakistan and other neighbouring countries. This also has been the impact of illicit activities of humans by killing the birds that preyed on locust for food. A major ecosystem balance has caused this havoc that is eventually impacting humans due to loss of both food and income.

Protecting plant health is essential to avoid damage to agriculture and to ensure food security for which it is the time to play an active role now. Timely, effective and pre-emptive measures can ensure plant health and food sufficiency for the future generations.

I strongly believe that it is the time to think of nature, which is the main sources of food, health and energy needs.